US singer signs on the dotted line. 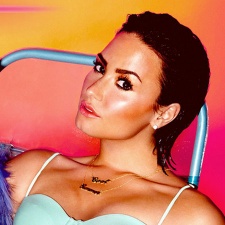 Demi Lovato is the latest in a string of celebrities to sign on the dotted line for a mobile game deal.

The US singer joins Kim Kardashian, Katy Perry, and Tyga in partnering with a mobile developer – this time Pocket Games – to make an interactive mobile story.

The story will be part of Pocket Gems’ Episodes series, which allows players to take part in animated stories as well as writing their own.

The developer will likely seek to leverage Lovato’s significant social media following, including 28.9 million Twitter fans and 36 million likes on her Facebook page.

"Demi is without a doubt one of the greatest entertainers in the world and we're thrilled to be working with her," said Jameel Khalfan, head of licensing partnerships at Pocket Gems.

"We believe 'Lovatics' will really enjoy getting to experience a part of Demi's life that they're not used to seeing."