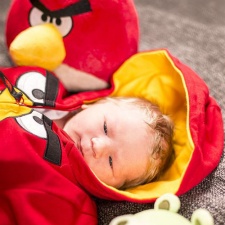 Rovio has announced that its Angry Birds are channelling their rage into more sociological pursuits - namely educational inequality.

The Finnish firm has teamed up with global education campaign A World at School to launch a new tournament for Angry Birds Friends.

Six new levels offer players the option to sign up for the charity’s #UpForSchool petition, which demands that world leaders invest in building a future that supports every child’s right to education.

The movement is in response to the statistic that 58 million children around the world won’t go to school because of child marriage, child labour, conflict and discrimination.

Peter Vesterbacka, the Rovio mighty eagle, first pledged his support for the petition at the United Nations in September.

“Angry Birds have always been angry. Now they are furious. Why? Because 58 million children are out of school,” he said in a statement.