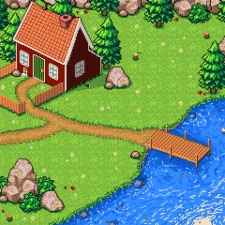 Watch out Finland, Sweden’s got a new games accelerator and it’s already heading in to its second week.

Named after the Swedish word for cabin, the Stugan programme gives 23 indie games developers the space, time, and expertise to develop their games across multiple platforms.

Founded by former King “games guru” Tommy Palm and Rovio general manager Oskar Burman, the next two months will see the developers work in a remote cabin in the Swedish woods.

Each week they’ll be visited by mentors from companies like Mojang, DICE, and King to cultivate a new wave of talent.

Pocket Gamer is also there, and will be releasing videos each week that chart the games’ progress on Stugan’s official YouTube channel.

And a full rundown on just how to pronounce “Stugan” is available here, in case you were wondering.