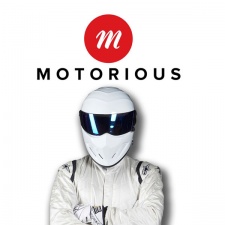 Three new mobile games are set to be released based around the Top Gear franchise, thanks to a partnership between Finnish developer Motorious Entertainment and BBC Worldwide.

The developer and publisher is currently working on the first title in the series, set to launch in 2016 for iOS, Android and Windows devices.

It’s not the first company that BBC Worldwide has partnered with in the name of mobile motoring.

MediaMonks also recently struck a deal with the BBC to release Top Gear: Caravan Crush, which (despite its namesake) is not a match-3 puzzler but a motorhome-flinging bombast.

Motorious Entertainment, meanwhile, is keeping tight-lipped on what its own triumvirate of mobile games will entail.

All CEO and creative director Jari Pauna has hinted is that they “will focus on the entertainment aspect of the world famous TV show with innovative gameplay that is true to the brand.”