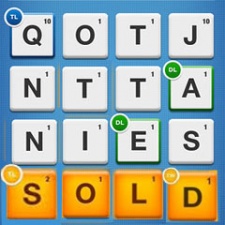 Between them, their CVs boast companies such as Relentless Games, where Amor was CEO, PopCap, Mind Candy, EA, Activision and Media Molecule – as well as portfolios including Bejeweled, Plants vs Zombies and Buzz!

Mag Interactive itself has hardly been a wallflower of success, with over 75 million downloads of Ruzzle and two top start-up awards tucked under its belt.

Now with the acquisition of Delinquent, Mag Interactive has gained an experienced UK team, a headcount of 50 employees, and an expanded IP portfolio with the launch of Delinquent's debut game Potion Pop later this year - something we're tracking as part of our Soft Launch.

Mag and Delinquent’s working partnership began six months ago when the Swedish firm became an early investor in the fledgling studio.

“Mag has never been a silent investor,” explains Delinquent co-founder David Amor. “They have been very active, supportive and incredibly valuable to have around.

“Launching our first game, Potion Pop, as part of the Mag umbrella will give us immediate reach to over 75 million users as well as much bigger resources in terms of marketing and distribution.

Working with them over the past months has made us realise that we both value teams with a high level of independence and we have the same approach to making games. It just seems natural to be one big team.”