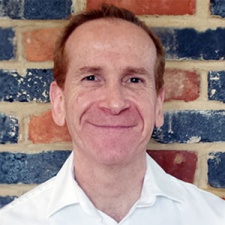 Despite virtual reality seemingly dominating the conversation in mobile, gaming, and tech spaces, Tim Merel - founder and MD of Digi-Capital - believes the future (and the money) is in augmented reality.

The reason lies in the broader markets and applications for AR compared to VR.

In his Pocket Gamer Connects San Francisco 2015 talk, Merel said that VR can only be used in stable "controlled environments" because of the nature of the headsets.

On the other hand, AR can be used anywhere, because the technology isn't invasive or obstructing.

Additionally, VR use is limited mostly to console and PC games, 3D films, and other niche enterprises.

AR can be used anywhere, because the technology isn't invasive or obstructing.

Advertising, the internet, video streaming, business, social media, and more all have the potential to embrace AR tech, according to Merel.

On the revenue side, Merel said that in the medium term, this would result in a much larger market for AR.

"In the next year, VR is going to lead, probably going into 2017, but as technology advances, we're expecting AR to become much larger and occupy about 80% of the market by 2018," he said.

"We think that iOS will actually end up being in the minority of revenues for developers globally by 2018," said Merel.