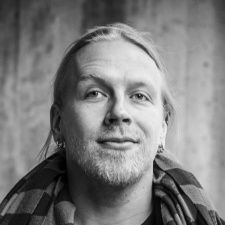 During his Pocket Gamer Connects San Francisco 2015 panel, founder and CEO of Shark Punch, Jiri Kupiainen, offered several pointers for building up a community around your game.

Using his studio's PC strategy game The Masterplan as an example, Kupiainen said that it's important to start with a strong creative concept.

The Masterplan's pitch, according to Kupiainen, was "tactical action puzzler about stealing shit in the 70s."

The next step, obviously, is finding the people who "really get the idea" and want to be there from the beginning.

Committing to honest and open development is a big part of that. Kupiainen admitted that the first public demo of The Masterplan at GDC 2014 revealed a game that was "ugly, hard to play, buggy, and not fun".

Nevertheless, some of those early players, the ones who "really [fell] in love with the idea," helped form the foundation of the game's budding community.

Being open with development is a good strategy, but Kupiainen also said that his team embellished certain elements of The Masterplan on its Steam Greenlight campaign while the game was still in its earliest stages of production.

"Capture the vibe of the game, sell the promise," Kupiainen encouraged, "but make sure you can deliver on it."

Capture the vibe of the game, sell the promise, but make sure you can deliver on it.

Once the game is out there - for PC games, Kupiainen recommended Steam Greenlight as an easy way to get your game in front of thousands of potential gamers - you need to begin engaging with that early community right away, actively and meaningfully.

"Always respond to community feedback," said Kupiainen - every question, every bit of feedback should be acknowledged in some way, if you can.

On top of being a presence in your community, you should also be aware of where the actual discussions are taking place (with the help of something like Google Alerts), and attempt to curate a central hub for your game.

This way, you can help guide less active fans to where the big discussions are happening and make sure things don't become too spread out to manage.

"You want to have one big one that has the potential for growth."

The last key piece of advice Kupiainen offered was to give your game's community items they can and will want to share.

So don't give them concept art of characters that they don't have a reason to care about yet. Instead, show them gameplay clips, give them a look at in-game weapons, items, updates, and always ask them for their opinions.