6 ways to fund your startup 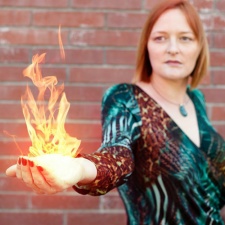 At Pocket Gamer Connects San Francisco 2015, Danielle Deibler gave a talk titled The Guide to Getting Investment for Your Gaming Start-up.

It's a subject Deibler knows all about, given that Ignited Artists - the company of which she's co-founder of - has just raised "a significant amount" of funding from Sega Networks.

Bootstrapping is exactly what it sounds like. You put your own money in and you don't pay yourself.

This path often means you and your team need to pick up work-for-hire contracts to fund the game you eventually want to build.

A key problem is there is a high risk that you will be taken off your mission due to constant fear of running out of funds.

The pros are, "Your destiny is in your hands, and it empowers fast design decision due to short runway," Deibler stated. The cons are you need to constantly reduce your scope and this method lacks strategic focus.

Angel funding can be as simple as asking friends and family, or interviewing with experienced angel fund investors.

This is great because it allows you to retain control of your company and there is no loss of equity. The problems is you rarely raise enough cash through angel investors, specially to market a game, and this path often requires "tons of meetings," Deibler added.

However that said, it is a great way to extend runway and to get potential key players involved who require that initial paycheck that bootstrapping will fail to provide.

In explaining VC funding, she lumped the two types together and gave the explanation that Seed gives you less money, and Series A gives you more.

The first important thing to know when going after VC funding is to only work with VC firms that have a history in games, "...otherwise it's a waste of time."

What's great about pitching to VCs is they offer great feedback on the pitch and the game.

And the way it works is a VC firm will appraise your company and issue a convertible note, which is money up front for company equity later at an established price.

What's great about pitching to VCs is they offer great feedback on the pitch and the game.

"They will often tell you why they choose not to fund you," Deibler said.

Keys to success are ensuring that you have your product ready to demo and you understand what makes your game so disruptive.

When it comes to VC funding Deibler said, "The team is 50% and the 'it' factor is the other 50%," so knowing what makes your game unique and how to pitch it is vital.

Strategic funding is the classical approach of finding a publisher or a consumer company with a games division to partner with.

In the case of Ignited Artists, this was Sega Networks, the digital-only division of Sega-Sammy.

The first important factor, Deibler asserted, was finding publishers who have done previous deals similar to what you are looking for. And much like VC you need to have a demo, a pitch, and deck of information ready to show.

Finally there is crowdfunding.

Tools like Kickstarter are great to use for market validation, however Deibler admitted that she doesn't consider a pure funding or investment path.

"It's a lot of work," Deibler explained, it requires hustle and pre-planning to organization to ensure that a group of people help hit 30% of your total right away.

Talking more specifically about Ignited Artists pitch to Sega Networks, Deibler explained that you need to ask and be honest to get honest answers.

"We went originally to Sega for a work-for-hire," she started, "...but then we said what we really want is for Sega to invest in us".

She and her colleagues believed that they had value, had something that made them special and they sold this to Sega.

If they had stuck to the original plan of asking for the work-for-hire gig instead, that's what they would have walked out with.

At the end of the talk Deibler offered up some tips for everyone.

She urged the audience to 'figure out your runway', and to sync up with your company founders to make ensure you can make it through path to funding. If there are issues, address them right away.

Most importantly, she stressed, was to define roles and responsibilities/shares right away before cash is involved.

Get the paperwork signed, sealed, and delivered. And this will protect everyone and the company, as well as signal to investors that you are ready to work.

Video: Why the West Coast is important for the mobile industry