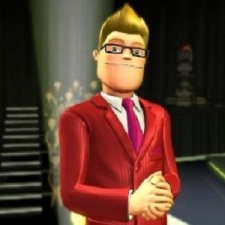 In many ways, the Brighton-based Relentless Software was one of the original casual developers.

Establishing Buzz! as an incredibly popular trivia series on the all-conquering PlayStation 2, totalling “at least 20”different titles between 2005 and 2010, Relentless reached an unprecedented mass audience.

And even in 2015, from the stage at Develop:Brighton, Relentless CEO Andrew Eades revealed that he can't escape that legacy.

“People still consider us the Buzz! guys, even though the last Buzz! game was in 2010,” he said.

2010 was the year in which Relentless decided that its future wasn't inextricably tied with PlayStation, or even with Buzz!, and as such decided to strike out as an independent entity.

But branching out at a time of limited opportunity, and with contractual obligations to Sony further holding it back, resulted in a tight spot for Relentless.

“Our reputation was built on one game, and that was the one kind of game we weren't allowed to make,” said Eades, explaining the contract stipulation that prevented the firm from developing trivia games from 2010 to 2011.

Ideas are not the problem. It's choosing the right ones that's the hard bit.

“[And] 2010 wasn't a great time to become an independent, as it was when all of the console games industry was basically imploding...

And so, for Relentless at this time, coming up with a killer idea would be crucial.

“My view on this is that ideas are not the problem - we could wake up every morning and have a new game idea - it's choosing the right ones that's the hard bit,” he said.

Figuring that Buzz! had such broad appeal because it was essentially a digital Trivial Pursuit, Eades began to take interest in what other iconic board games could be translated in a similar way.

He took the board games page from the Argos catalogue and said: “This page contains the key to the next big casual game.”

Later, it also came to mobile:

“In April 2013 we released it on iOS, and we still sell it,” Eades said. “That's the point I was making: these games are evergreen.”

And even The Trace, a distinctly more serious brand of detective game from Relentless released on iOS earlier this year, was derived from the same concept. It began life as Blue Toad Crime Scenes.

The idea of reimagining iconic board games for the digital age remains of great interest to Eades: “Whoever figures out the digital equivalent of Buckaroo will be a millionaire,” he asserted.

Now working with Unity - “a massive change in the studio” - Relentless is free to work on whatever it wants.

Having previously abandoned console in 2013, it's now very much back in the picture.

“We can target any platform, and that's less relevant than it was in 2013 I think,” Eades said. “We're working on some console stuff, some mobile stuff... and a VR version of The Trace.”

For a developer so casual-focused, what is the future of virtual reality? Surely headsets can't reach Buzz! levels of mass appeal?

Develop:Brighton 2020 still planned to go ahead in July