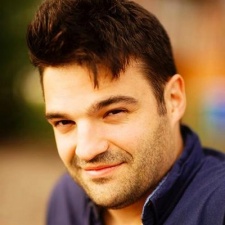 PlayFab has thrown open the doors on a brand new office in Berlin, building a presence in the same territory that houses 30 percent of its active client base.

“Europe has been an important part of PlayFab’s strategy since the start and we are now consolidating our global expansion in the region,” PlayFab’s European GM Mark Val told PocketGamer.biz.

“Opening up our European headquarters in the heart of historic Berlin enables our growing team to be in daily contact with small and larger, upcoming live games developers, be present at shows and conferences and do business with publishers on a regional basis. We don't have to face any time zone differences with our European community so we can react quickly and effectively.”

Val will be leading the new office, which marks the company’s first toe-dip into European waters. PlayFab claims to have had its eye on Europe for some time though, marking out two growing trends in the region’s game development space.

“Like their counterparts in the U.S., European developers are using free, but powerful engines like Unity to create great, engaging game titles.

“While freemium and social gaming has been the latest wave in the European gaming ocean, we also see an upcoming tide of augmented and virtual reality games, connecting the real world with the connected global digital world.

“A general trend is that developers want to focus on core gameplay mechanics, they don't want to waste too much time implementing payment portals, mocking up in-game shops or programming basic community features.

“We see that in schools, as well — game courses are focusing more on creating simple Minimal Viable Product-type games, and then on the operations side of launching and growing the game after it is built.”

Val concludes that PlayFab’s Games-as-a-Service approach slots perfectly into the European market here, allowing developers to focus on the game design while PlayFab takes care of the backend.

For developers targeting Europe, Val has one piece of advice.

“The most important part to be really successful in Europe is to adapt to the cultural differences, providing community support, game chat and an overall user experience in different languages, caring for their regional players.

“The reality is, our service is in constant growth and while we are in constant cooperation with the US headquarters we are expanding our team and our reach, being reachable and responsive, giving support to developers, who can then in return focus on their most important task: create good and fun games.”