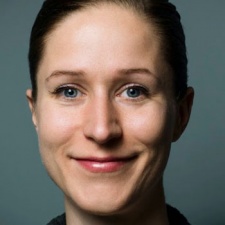 Perhaps due to its parent company's deep pockets, Ingress, from Google-owned Niantic Labs, is the first location-based mobile game to really take off and sustain success in terms of player numbers.

Indeed, much of product marketing manager Anne Beuttenmüller's talk at Develop: Brighton 2015 was dedicated to celebrating its successes.

These include its recent 12 million download milestone and the passionate community of hardcore players it has fostered.

But much remains unanswered about Ingress, and location-based gaming as a whole: questions of scale, monetisation, and technology.

The state of play

For more insight into where Ingress is right now - and where it intends to go in the future - we caught up with Beuttenmüller after her talk.

First things first, do other location-based games have room to breathe in a world in which Ingress exists? Is the sector big enough yet to support more than one major player?

“I do feel that this will be growing, because if you look at Ingress it's very - let's call it nerdy,” she said.

“The whole look and feel ... so this is our stereotype of a player: he's male, mid-thirties, very tech-oriented. And so, I feel there's a lot of potential to reach a broader audience.”

“You can imagine, you know, maybe more educational games,” she went on.

“I mean, everything could become a portal, so it's really down to your imagination about what to turn into a portal, and what to do with this portal... we are only at the beginning.”

This belief in the expansion of location-based sector is evidently very central to the strategy of Niantic Labs going forward, as Beuttenmüller's talk rather ambiguously referred to an in-progress development platform.

We need to open the platform for game developers to come up with their own ideas.

As we pushed for more details, she remained tight-lipped: “That's it, all we can tell you: that we are going to launch a platform, no more details. We aim for this year.”

However, while the precise ins and outs of the platform are as-yet unclear, the reasoning behind it is more straightforward.

“We believe that this is how we can scale the business,” explained Beuttenmüller.

“We don't have the manpower to create many other games, so we feel like we need to open the platform for game developers to come up with their own ideas or brands to build games on this platform.”

Part of what makes location-based gaming such an unknown quantity right now is the lack of established formula for monetisation. And indeed, it's something Niantic Labs is still ironing out with Ingress.

Driving traffic to real-world places is a unique opportunity presented by location-based gaming, and just one area it's interested in.

“We integrated [AXA] stores into the game, so we drive actual traffic to their store in the physical world,” she told us.

“If you go to an AXA store and hack the portal, the chance of receiving [an in-game item called] the AXA shield is much higher than hacking any other portal in the world.”

In this way, the campaign pushed over 600,000 Ingress players to AXA offices.

“We think about a cost per visit model, so brands are paying us per visitor per day," Beuttenmüller adds.

"This is one of the ideas we have, and we're going to test other things - but I can't give you deeper insights into what we want to test and what we're working on.”

We think about a cost per visit model, so brands are paying us per visitor per day.

Another way in which Ingress monetises - although, Beuttenmüller is keen to stress, not primarily - is in merchandising and extended universe products such as comics and novellas.

But these are for the hardcore fans only.

“Players were really asking to have patches and stickers,” she said. “So we were giving some out for free in the last quarters, but we only had a few and they were asking us 'can we buy those, because we love those stickers'.”

“So we started to sell them last quarter to make the events self-sufficient, but we don't use it as the main revenue stream.”

It has just made the jump to Android Wear, but Google Glass seems like the obvious fit for the Ingress experience. Are there any plans in this department?

“We would love to, but we're a pretty small team and we need to allocate what we put our resources in,” she said.

“Google Glass is still small, in terms of reach. We would love to in the future - it seems pretty obvious for us - and I can imagine this... if you play Ingress, everyone is dreaming of this.”

AR is, after all, far more compatible with Ingress's mission statement than VR - the other two letters on everyone's lips at Develop: Brighton.

Beuttenmüller agrees: “Yeah, this is where our vision comes from. John Hanke, the founder - he's the father of Street - couldn't stand seeing his kids playing the whole day, on a sunny day, inside the house.”

“But it was [Hanke's] idea to make people go outside and play in the real world... [and] that's what we see that makes us so successful, because people love to meet other people.”