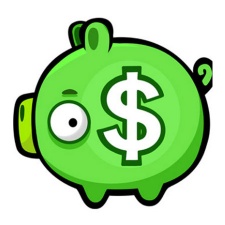 Just 12 hours after it catapulted onto iOS and Android, Angry Birds 2 had racked up over 1 million downloads.

Rovio announced the “flocking awesome” news in a tweet, and according to the general manager of Rovio Stockholm Oskar Burman, Apple has taken a big interest in the sequel.

Today he tweeted “I guess when Apple calls you and want your team to come over to meet all world-wide store managers, you know they probably like your game.”

Reactions to Angry Birds 2 have been mostly positive then, but there have been some rumblings of discontent over its zealous use of free-to-play mechanics.

Over on Pocket Gamer, we gave it a bronze award and 7/10, concluding that “most of the changes are here for the better,” but it “all depends on how much you like your energy systems.”

Now it’s important here to cast your mind back to 2009, when the original Angry Birds launched as a premium game. For 59 of your finest pennies you could catapult birds without paying for power-ups, extra lives, or video ads.

Of course the app store business model has changed in the six years since, and the majority of the chart toppers are guzzling profits through a free-to-play straw. Rovio realises that, and Angry Birds 2 is the result.

With the game being free, downloads are of course likely to skyrocket over the coming days – players technically have nothing to lose.

Still, most free-to-play games won’t rack up 1 million downloads in 12 hours. By smashing that target Rovio has flipped the bird to all the naysayers that suggested the studio’s dwindling profits were synonymous with diminishing interest in the Angry Birds brand.

For more, check out our “Making Of” feature with Burman, who ran us through the development process of Angry Birds 2 and what Rovio hopes to achieve.