Mike Rose takes to the stage at GDC Europe 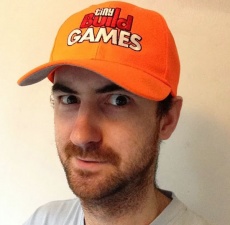 Mike Rose, formerly of this parish and now of TinyBuild, made it abundantly clear on stage at GDC Europe that bluffing is difficult to introduce to videogames.

Despite the mechanic’s prevalence in the tabletop scene, Rose argued that the nature of video games makes bluffing difficult. But there are ways to introduce the principles into a game nevertheless.

Discussing the influences behind his talk, Rose explained how the prevalence of bluffing in board and paper games stands in stark contrast to the video games scene.

“I’ve been playing tonnes of card and board games recently…and they’ve made me realise all the bluffing and misdirection in them isn’t really in video games”, he said.

Describing bluffing as “not just lying; you’re roleplaying some kind of falseness or falsehood”, Rose emphasised that the social dynamic of playing a game in the same room as other people actively encouraged the bluffer’s art.

From getting players to take on hidden roles successfully in games like The Resistance to mastering your poker face, Rose said “Bluffing creates tense interactions, it creates a lot of unexpected situations.”

And in that position, being forced to look someone in the eye, call their bluff and live with the consequences only raises the excitement further.

But, in news that’ll likely delight moral panic fans across the world, Rose cited the tendency of videogames to lack the social power of face to face interaction as a key reason why bluffing rarely works in games.

“There aren’t the social moves you can see…that’s really important for these kind of games and we don’t have them in videogames”, he said.

“All the behaviours you make are meaningless [without that social location] and you don’t have the context, so there isn’t the excitement that is prevalent in table top games.”

Rose suggested that the spirit of deception could feature in games – provided they had clear rules.

And by providing that clear rule set while accepting the limitations of games without social elements, Rose believes that there is a real opportunity for game developers to make the most of intrigue.