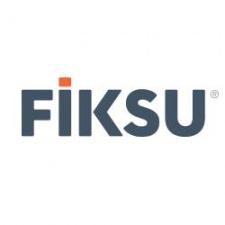 Fiksu, the US mobile marketing firm, has published its monthly indexes showing that the cost of acquiring loyal users is continuing to grow, as app usage itself rises.

According to Fiksu’s report, the cost per loyal user (CPLU) for June was $3.21 - presenting a 44 percent year-on-year increase and, perhaps most strikingly, a 30 percent rise since the previous month.

The pursuit of the loyal

Meanwhile, however, the cost of buying an install (CPI) - has fallen.

It is suggested that the reason for these trends is the statistic that the average number of apps used per person has remained static for two years, even in the face of a 63 percent increase in time spent using apps.

Fiksu’s App Store Competitive Index for June, which aggregates daily downloads from the top 200 free iOS apps, shows a 24 percent increase in download volume over May.

Demand for video ads is also driving up UA costs for marketers, as video begins to account for an increasingly significant chunk of ad spend.

And with video advertising considered a key source of loyal users, fluctuations here are directly tied to CPLU.

You can read Fiksu’s indexes for June, in full, here.

Cost of a loyal iOS user rose to $2.10 in December