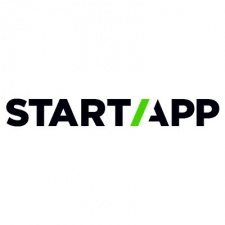 Every marketer worth their salt is trying to find the best way to deliver mobile ads.

Some use rewarded video to entice the player, some use data to deliver personalised in-game banners, and others – like StartApp – are searching for more creative means.

The mobile advertising platform has just blown the sawdust off the industry’s first 360-degree, gyroscope-based advert for apps.

Breaking down the fourth wall

Claiming a three-dimensional effect, StartApp says that the ad uses a mobile device’s gyroscope to provide the player with a panoramic, in-depth and interactive experience of a given product.

Tel-Aviv F2P studio Jelly Button Games is the first company to utilise the technology, which StartApp says has been beta-tested on “millions of impressions.”

The main selling point of the new ad system is a type of advert designed specifically for mobile’s capabilities. The 360-degree advert claims to be more of an experience, rather than a handheld billboard, and therefore intensifies the product’s message.

Over the years we’ve witnessed the evolution of the mobile ad, starting with the common banner and then the rise of its predecessors – the interactive ad, the video and the native ad,” said Dror Yosef, StartApp’s Chief Data Officer.

“Our new 360 degree ad is a testament to us having an understanding of the way mobile users want to experience ads. Advertisers need to have new and engaging ways to display their products in the ever evolving landscape of mobile gaming and apps in order to continue capturing users in an increasingly saturated market”

This link will take you to a demo of the 3D ad so you can see it for yourself, however for it to work properly you must open it on a mobile phone.

StartApp on the power of fast-emerging mobile markets like Russia, Brazil and Saudi Arabia