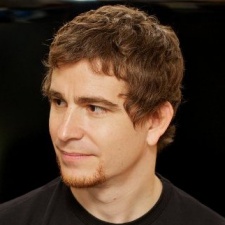 London developer Bossa Studios has built its reputation with a series of very different games such as the 2 million-selling Surgeon Simulator or educational title Twelve a Dozen.

But these are not the only games it can make.

Like all of Bossa's games its genesis comes from the 48 hour game jams that everyone in the company participates in every month.

"Every month we make 5-6 games. Every year we make 40-50 games but only 1-2 become products," said cofounder Henrique Olifiers during his GDC Europe 2015 talk entitled From Jam To Bread: How To Inspire Creativity Without Compromising Productivity.

"The game jams are embedded into the way we work. An essential part."

In this way, Olifiers said that Bossa spends 10% of its work time weeding out 98% of our failures.

This approach has seen Bossa releasing 4-5 games a year; it generally has 3 projects in development at any time.

Of course, not everyone likes to work in this less structured, more creative way, but Olifiers says if people stay a couple of months, people generally stay for the longterm.

"We have a flat structure. Everyone can make their own decisions. You can't be creative if someone is telling you want to do," he said.

A critical underpinning of this open structure and the regular game jams is getting strong user feedback. It could be a video or early playable build, but Bossa relies on getting constant feedback from players in order to ensure its games are growing player interest.

"This approach validates the concept so we're know we're working on something people care about," he said.

Combined with this is what Olifiers labelled a "fearless environment".

"We fail fast, but internally not in public, and we fail without blame," he ended.