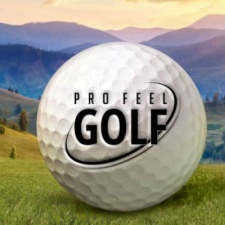 It’s not just pop superstars that mobile studios are making deals with.

To bring attention to the launch of its new game Pro Feel Golf on Android, Behaviour Interactive has partnered with professional golfer and three-time PGA tour winner Jason Dufner.

Hoping for a hole in one

Pro Feel Golf launched on iOS back in February, and since then has racked up over 700,000 downloads.

Now the Canadian studio is hoping that its golf simulation game will gain a fan boost by tapping into the sporting superstar’s followers.

“We are thrilled by this strong partnership with Jason and we are sure that his fans will enjoy following his progress in the game as well as enjoying their own golf game action on the go from anywhere at any time!” said Jimmy Gendron, VP publishing at Behaviour interactive.

“I’m excited to be teaming up with Pro Feel Golf,” added Dufner. “This is a game that offers a level of realism I’ve never experienced before, it’s exactly like being on the course.”