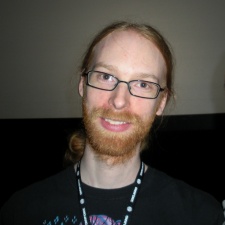 According to Jeb Bergensten, the lead programmer of Minecraft, accessibility is vital to both the games industry’s creative output and to its business plan.

Speaking to a group of developers in a fireside chat at the Swedish accelerator Stugan, he cited accessibility as one of the factors behind Minecraft’s success.

“When you first start playing Minecraft, you’re lured in once you place your first blocks, build your first house and realise you can build a larger house,” he said.

The sky's the limit

“Your imagination and the fact you can keep on going appeals to everyone. In Minecraft you can set your own goals. It’s a strong driving force that makes the game accessible to all kinds of ages.

“I think that’s one of the reasons people enjoy watching other people play on YouTube, because everyone creates their own story.”

However, while anyone of any background may be able to forge an immersive experience in Minecraft, Bergensten commented that the games development industry itself is becoming harder to break into.

“The issue is that there are so many games, it’s hard to reach out to an audience,” he said.

“If you make a niche game, I bet there’d be 50,000 people at least who’d love it – but finding them is hard.”
“The games industry should be accessible for both players and developers, but it’s getting harder and harder.”

The logical question then is how should developers look to put their foot in the door and access that pool of players?

“Competitions are a good place for you to start finding players,” answers Bergensten. “Not only that, there’s a submission deadline which forces you to work to a schedule, and if you get nominated you have the attention on motivation to continue.

“Of course,” he smiles apologetically, “I haven’t had to think about player acquisition for a while, so I’m still not sure of the answer, really.”

To see more from Stugan, you can check out the YouTube channel documenting visiting industry mentors and the games created here.