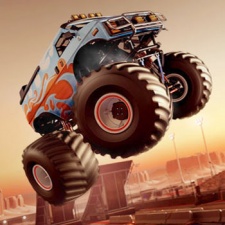 London's PlayCanvas, the provider of web-based, interactive 3D content, has announced that its technology is behind a major interactive social media campaign for Hutch Games' MMX Racing's WWE-themed update.

However, using PlayCanvas technology, it now aims to boost install rates by granting players a brief flavour of the update directly within their Facebook or Twitter feeds, on either mobile or desktop.

Circumventing the incovenience of the download process, PlayCanvas says that its own is the only tech capable of seamlessly rendering 3D content on the web or in social networking apps, although plenty of other platforms offer playable in-game ads.

"By using their existing assets in exciting, shareable and viral ways game developers can attract engaged players who have already demonstrated an interest in their game."

"PlayCanvas has unlocked the ability to make beautiful and exciting visuals available directly to players, in their browser and in their social network feeds," he went on.

"We know that interactive content can convert users as much as 50% more than static images and we expect PlayCanvas-powered interactive campaigns to become the standard way to promote mobile games."

You can try the ad here.