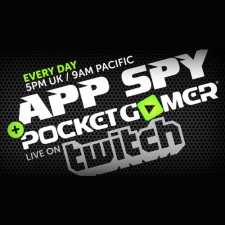 AppSpy - the video arm of Pocket Gamer - has announced it's generated over 5 million views of its world-leading mobile and portable game channel on Twitch.

It's reached this figure after just over a year of streaming activities.

The news solidifies the brand's dominance in the mobile gaming space; something it's also looking to extend on new platforms such as Kamcord and Mobcrush.