Bugbyte on how it's using push notifications to attack pirates' conscience 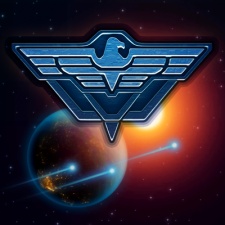 Finnish studio Bugbyte, the developer behind the Battlestation series, has revealed the novel way in which it tackled the high rate of piracy on its premium title Battlestation: Harbinger.

In a blog shared via Gamasutra, Bugbyte CEO Aksel Junkkila discusses the disheartening experience of seeing those pirating your game begin to outnumber and outpace those legitimately buying it - on both Android and iOS.

And so, with little recourse to combat the rampant piracy directly, Bugbyte instead resolved to prick the conscience of any illegitimate users among its player base by deploying push notifications with a rather pointed message: "High piracy rate. Please support us! Also you pirates."

The notification directs players to the Battlestation forums, where there is a message from Bugbyte explaining that the future of the series is dependent on support from players.

"This worked really quite well," writes Junkkila. "[Players] rallied behind us and we really feel that the community will be behind us more from now on."

"The daily sales of the game jumped up 15 percent from the previous day, after being on a somewhat decline for 4 days straight!

"At least the players pirating the game got a reminder of their bad habits and maybe some of them will think twice in the future."

You can read the full blog here.