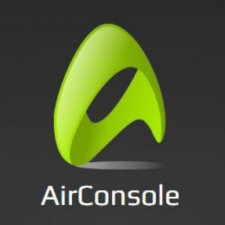 From Ouya to the Nvidia Shield, the last couple of years have seen a surge in microconsole manufacturing.

Now a new firm is plunging into the fray – and it’s armed with a new kind of weapon.

AirConsole is a next-gen online game console that enables players to use their browser as the console, and their smartphones as the gamepads. Everything is browser based, meaning no additional hardware or apps are needed.

Designed by Switzerland’s N-Dreams, AirConsole aims to provide the best local multiplayer experience on the market, and will launch next week.

Those familiar with HappyFunTimes may know the drill, but unlike that particular local multiplayer system AirConsole players don’t have to download anything or be on the same network as their friends to play.

“We all love playing games at AirConsole but we miss that time when we could just sit next to friends and play local games on the same screen. We're aiming to bring a fun and positive experience to players and we want them to have it with their friends around them.”

Most existing mobile and browser-based games can be ported to and played on the AirConsole – as long as they can run in a browser. Morgan says that a sizeable chunk of mobile games are now written in Unity3d, which has a web export function.

However N-Dreams also offers a Javascript API, meaning that game developers can build their own local multiplayer realtime browser games straight for AirConsole.

Of course, the road microconsoles have been paving has seen its fair share of bumps in recent months. Ouya sold itself to Razer earlier this year, but AirConsole appears to break new ground.

“I can tell you that we are taking a different approach,” asserts Morgan. “We don't produce any hardware because all our users need is their smartphone and their computer.

“They do not need to buy anything. The whole service is free. The barrier of entry is extremely low because everything is web based and you do not need to install anything. We're offering a wide range of games.

From simple games that run on very old browsers, up to the latest Unity3d WebGL games that require quite some power.”

N-Dreams will whip the wrapper off AirConsole on 4 September, nine months after the company was founded.

In the meantime, you can find some information via its website.

The Sims is getting made into a reality TV show