Twitter is a water cooler so harness its chatter

Twitter's Ross Sheil takes to the stage at PGC Helsinki 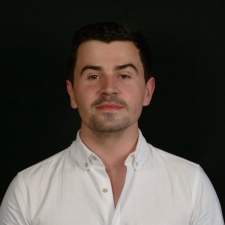 “I want to talk to you about the how and the why of Twitter,” begins Twitter account executive Ross Sheil, reassuring Pocket Gamer Connects Helsinki delegates that they had indeed found the right conference room.

“With Twitter as you’d expect, everything starts with a tweet.” Indeed, every two days a billion tweets are sent, and each signals trending moments, intrigue and intent within a network of gamers.

“It creates a live app store,” says Sheil, “where we can look at all the activity and index the top 20 most talked about apps.”

Interestingly, this analysis of the data mined from user tweets reveal a series of what Sheil terms “viral loops” in gaming topics, that is, illustrations of a clear link between conversations within Twitter and install rates outside Twitter.

“Twitter exhibits immediacry and intent, that’s one of our clear USPs as a platform,” says Sheil. “Good content travels further on the Twitter platform, with 52 percent of users talking about apps they like with family and friends.”

Not only that, 58 percent of twitter users have installed an app in the last month, and the average twitter has 25 percent more apps on their device than the average smartphone owner. 36 percent of those users have purchased premium apps.

It’s a lot of data, but it all adds up to the fact that mobile app promotion on Twitter holds a lot of potential.

This was particularly seen in the wake of the Clash of Clans Superbowl advert earlier this year, which featured the gravelly tones of AngryNeeson53 – otherwise known as Liam Neeson.

In the wake of that advert Sheil reveals that over 240,000 explicit Tweets referencing the ad were sent, alongside 26 million impressions on the day of the Superbowl.

“Twitter is an online watercooler that people gather around to discuss the latest trends in gaming,” Sheil concludes.

In other words, “Twitter is a live environment which games marketers can harness to drive hyper growth. Every game’s marketer can achieve connectivity and virality through Twitter.”