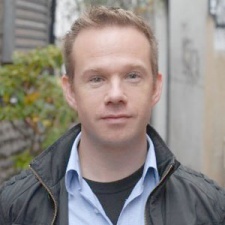 According to Graham McAllister, user experience (otherwise known as UX) has become something of a neologism.

As the founder of Player Research, it’s his job to help developers to understand what their players want.

Through this, on stage at Pocket Gamer Connects Helsinki McAllister ran the audience through his frustrations of how confused people get over what UX actually is.

“At some point as a studio you’re going to need to hire a UX specialist, but it turns out they come in different flavours,” he says.

For the uninitiated UX – or user experience – is almost inevitably followed by the word “design.” However, UX “designers don’t design things in the same way that an interface designer would.

Instead, UX is the work to design a strategy that provides a solution. They can do everything from field research, to product design, to feature writing, to graphic arts, to taxonomy creation, to terminology creation, face-to-face interviews, and more. Trouble is, they’re often perceived as just doing interface design and visual design.

For McAllister, this misconception is founded in the history of the games industry.

“Games started off with an arguably very simple interface with text-based adventure games, he said, pointing towards the individuals and small teams that created them.

“After that was the early 8-bit days, then 16-bit days with higher resolutions. Graphics got higher fidelity, and we started to see specialist artist roles with UI focus.”

Then came the “early 3D days and PlayStation 1 days [that] diversified roles further – more people were needed to make these games.

“Fast-forward to present day, they say over 1,000 developers across 10 studios worked to produce Assassin’s Creed Unity. One of these roles is UX.”

UX is about how you feel and originates from a psychologists’ job of analysing human factors and ergonomics. It’s about understanding and assessing how users interact with digital systems, meaning while “people say that they do UX, the truth is that they probably only do parts of it.”

According to McAllister, UX should cover all aspects of a person’s experience with a system, including design, graphics and interface.