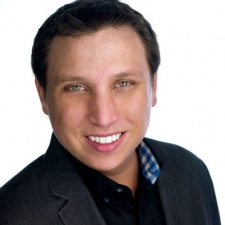 With global accolades and a few game of the year awards under its belt, Tilting Point had big success with its paid game Leo’s Fortune.

Considering its price tag, you might expect the publisher to do a talk at Pocket Gamer Connects Helsinki on the perks of the premium gaming business. Instead, VP product strategy Jesse Divinch focussed his talk on free-to-play.

He started by highlighting the uniqueness of mobile as a platform where the balance between skill and the illusion of skill shifts.

“As gamers and developers we love skill in games. We love the competitive factor, the subtlety of skill that excites us. This doesn’t translate well to mobile. For the most part it’s the illusion of skill that works well in mobile,” he says.

While player may think that they’re “good at” Candy Crush, the reality is that progression is largely dependent on how much time and money you’ve put into the game.

Divnich points to the top 30 F2P games charts where he finds that while 19 give the illusion of skill, only three are skill-based (the rest are casino-based.)

“We did Leo’s Fortune, and we’re very happy,” Divinch recalls.

“It’s a fun and profitable game. But it’s about four hours long, and we ran into a problem which was content focus vs service focus. It would take us about 5 months to create an expansion to the game, but it’ll take a player a couple of hours to complete.

Indeed, Divinch believes the best free-to-play games for developers are those like Hearthstone, Clash of Clans and Heroes Charge where it takes just a few weeks to create a new card or character that’s consistently re-used in multiplayer.

“No matter what you do in Heroes Charge, you’re essentially just playing the same game over and over again with slightly different rules. It’s the same content with the same carrot over the players head.

“As developers you need to think about the long form of what your players will be doing at day 30 – how are they using that content to play?

"We found that In Heroes Charge players investing 1-2 hours per day will take over 2 months to unlock all modes if they don’t pay a penny.”

The 10 commandments of free-to-play game design