Not to be confused with Hitman Go or Lara Croft Go 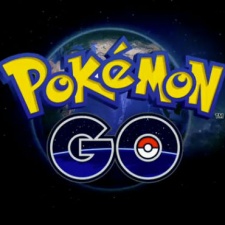 The cogs are turning on the development of a new augmented reality game based on the iconic Pokémon franchise.

Pokémon Go is due for release on iOS and Android in 2016, and will use real-world locations to bring players outside into their neighbourhoods and cities.

Details on exactly how gameplay will work are as scarce as Rare Candy, but a teaser trailer has revealed players capturing Pokémon using their smartphones and a small wrist-worn bracelet.

According to the game’s developer, Niantic, the device is called a Pokémon Go Plus. Connected to a player’s smartphone via Bluetooth, will notify them every time a wild Pokémon appears nearby and enables players to catch it by pressing a button on the Pokéball –shaped device face.

If the teaser is anything to go by, players will also be able to battle each other and take part in sudden communal events triggered by a notification – for example, working together to defeat Mewtwo.

Niantic has confirmed in a press release that Pokémon Go will be free with in-app purchases, while the wrist-device will be sold separately at an as yet unspecified price.

For the unfamiliar, augmented reality games are played in real-life where a physical environment is supplemented by a computer-generated sensory input like sound, video, or GPS data.

From a technical standpoint Pokémon Go should be in safe hands, since former Google subsidiary Niantic is also the studio behind Ingress. This sci-fi augmented reality game was released on iOS in 2014 and charged players with capturing and establishing “portals” at cultural landmarks.

Niantic may even have been inspired by Google’s April Fool’s prank last year, which saw the tech behemoth hide hundreds of Pokémon across the world in its Google Maps app and challenged users to “catch ‘em all.”

“Our challenge was to develop a great game for smart phone devices that expressed the core values of Pokémon,” said Tsunekazu Ishihara, president and CEO of The Pokémon Company who collaborated on the game. “Pokémon GO is the answer to that challenge.”