Also coming to iOS and Android 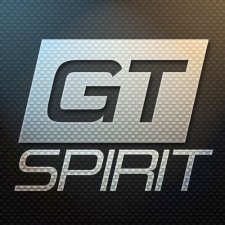 Lyon-based studio Eden Games - of V-Rally and Test Drive Unlimited fame - has announced that its upcoming racer GT Spirit will be a timed exclusive and launch game on Apple TV.

It joins a host of other studios working with Apple TV, including Harmonix, Hipster Whale, and Deep Silver Fishlabs.

The studio's racing pedigree is undeniable, and for this one it's been keen to emphasise its authentic simulation chops.

Everything from engines to aerodynamics are said to be fully simulated in GT Spirit, and when tinkering under the hood in the performance shop tiny details - even down to the interiors - can be viewed in full HD.

The game has been made in Unity, and has been under development in secrecy for 20 months.

"We are proud and excited to be a launch partner for the new Apple TV, and even more so to show our latest game to car lovers worldwide,” said David Nadal, CEO and Co-Founder of Eden Games.

GT Spirit will launch alongside the Apple TV in October, but iOS and Android versions are said to be "only a few months away from release" as well.

To keep abreast of developments with GT Spirit, you can pre-register your interest here.