Tap for Tap is back with ads in moments that matter

Taylor Ogders is the Community Engagement Manager at Tap for Tap.

Tap for Tapchanged the face of user acquisition in 2012. Since then, developers have turned to Tap for Tap as a cost effective way to get users and make money.

A lot has changed in the industry and Tap for Tap has made some big changes of their own.

Last October, they became part of Pretio Interactive, a mobile ad platform specializing moments-based ads. Under Pretio, Tap for Tap has been quietly focused on building new tools that help developers substantially increase ad revenue, while maintaining the integrity of their painstaking design

Here's all the great things they have been working on. Tap for Tap is back. And better than ever.

Finding a balance between ad revenue and user experience is crucial, which is why Tap for Tap's new ads are deeply integrated into the gaming experience.

We do this by providing contextually relevant interstitials and videos during 3 key in-app moments: Achievement, Rescue, and Break.

Word-of-mouth is the single largest driver of downloads.

By leveraging these natural moments in gameplay we are able to provide the right ad, to the right player, at the right time, increasing revenue and positively reinforcing engagement.

Tap for Tap's new team brings together technical skill with industry expertise, allowing us to improve all aspects of our platform. We pride ourselves on our continued commitment to indie developers, and offer the highest level of personalized support from integration through to optimization.

We are also extremely passionate about mobile gaming. This means we are always testing our developers' games, to providing suggestions that will never ruin a great app with a poorly-placed ad.

Unparalleled Commitment to Our Developer Community

The success of an app is dependent on so much more than paid user acquisition and monetization.

Our monthly Tapper feature with Pocket Gamer highlights our recognition that word-of-mouth is the single largest driver of downloads, and we're here to help.

Our first feature is on Five Fans Productions, the winner of our Integrate to Win Summer Promo. Their debut game, Fliggles Rescue Adventure, is a fun-for-all ages platformer with polished animations, dexterous tilt-controls, an inflatable hero that rescues the musical notes in his realm.

Tune in as Jeff, the founder of Five Fans, explains his experience as a new indie developer.

Tell us about your background?

I am a graduate of Auburn University (War Eagle!) and have a burning passion for game development. It is something that I thoroughly enjoy because I love creating things, especially things that put smiles on faces.

Why did you decide to get into game development?

When Apple introduced the iPhone and iPad my desire to make games for these new extraordinary devices was overwhelming. I founded Five Fans Productions and started updating my skills. Two and a half years, several thousand lines of code, and a few less hairs on my head later would result in the release of our first mobile game, Fliggles Rescue Adventure.

I typically put on my Five Fans hat after we get our kids in bed. My brain seems to always be thinking about something game development related, whether it's design, implementation, or even marketing ideas.

The concept behind Fliggles came to me in a dream about a balloon hero who would laugh, inflate, and then float.

My wife and kids are very supportive fans and without them I could not pursue my dream of creating "fantastic fun for all".

What was the inspiration for Fliggles Rescue Adventure?

As strange as it sounds, the concept behind Fliggles came to me in a dream about a balloon hero who would laugh, inflate, and then float. The next morning I told my wife and kids that we were having a "new member" join our family. My wife gave me the strangest look but our kids were so excited. They assumed we were getting a puppy!

While my wife was relieved to hear about these new creatures, Fliggles, our kids were disappointed that we were not getting a new puppy. Fliggles have very much become a part of our family as has the color purple.

The number five is a new favorite number for me. However, Tap for Tap would rate a solid 10. We've had lots of companies that were interested in helping us attempt to monetize our game but the Tap for Tap team really seems to care.

They stood out because of their tap exchange program. One of our biggest issues with Fliggles Rescue Adventure is game discovery and user acquisition, and since we are bootstrapped we simply don't have lots of capital to invest in a major marketing campaign.

If you're a game developer interested in being featured in next month's Tapper, getting users, or making money, be sure to sign up or reach out to your Tap for Tap account manager today!

How to grow a profitable audience within a niche genre 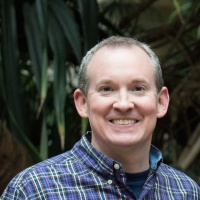 Reply
Jeff Hester Founder, Developer and Programmer at Five Fans Productions, Inc.
Not only is our game free to play, for a limited time we are also giving away extra freebies because not all heroes need a cape to fly. Please check here for details:

We hope you will enjoy our game...and deflate freely.
Posted 6 years, 10 months ago