How industry has prospered in the face of crisis 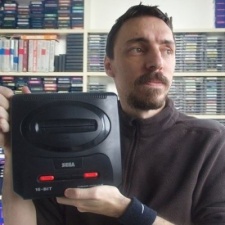 In his talk at Lisbon's Microsoft Game Dev Camp, entitled 'The brave and mighty Portuguese industry', he aims to provide a little context for where Portugal has stood in the worldwide games industry through the decades up to now.

Early on, the Portuguese scene seems to have been at least somewhat similar to that of the UK, with the ZX Spectrum and Commodore 64 dominating.

In fact, a model of the Spectrum known as the Timex Sinclair was manufactured cheaply in Portugal and exported throughout the world - Portugal's greatest hardware achievement of the 1980s.

However, despite circumstances changing to acommodate a big Portuguese gaming boom in the 1990s, things did not quite work out.

"In the '90s, the world became more globalised, and video games became more 'cool'," says Barroso. "But there weren't many games produced in Portugal of quality."

Fast forward to 2009, and the financial crisis struck Portugal, which had wide-reaching imlications across the country.

"In the video games industry, the crisis had a big effect also," he says.

"Studios cancelled games, magazines started to close down, TV shows about games got closed down. We all thought, 'we are screwed, there's not going to be anything for us'."

However, he shows how the Portuguese industry has bounced back with slides of games developed in recent years and those currently in development.

"Now, this is what games are being done right now. In the time of crisis, people are still working to make games," he says.

"We have the case where emigrants who were forced to leave Portugal are returning with contacts and knowledge to help the Portuguese scene," he says.

With the likes of Miniclip and Bica Studios among that 100, mobile has a big role to play in the future of Portugal's game developent, too.

"A study shows that Portugal's mobile games industry will be worth $41 million by 2018," he says.

The days of the Timex Sinclair may be over, but it seems Portugal's mobile potential is leading it towards another golden era