Sony is switching up its VR game 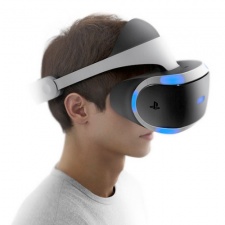 A VR system by any other name would still smell as sweet – at least, that’s what Sony hopes.

He also whipped the cloak off a new range of coloured Vita models and some fancy interchangeable coloured faceplates for the PS4.

According to Morita, attendees at TGS this week will be able to try out Final Fantasy 14 Online, Summer Lesson, Kitchen, Dynasty Warriors 7 VR demo, Joysound VR, and a Hatsune Miku VR demo.