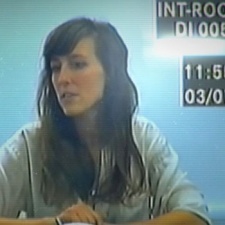 He explained how he came up with the idea for the premium priced non-linear narrative, cold case police procedural game, which has players searching through video footage to find out what happened to missing person.

Barlow said he was also lucky as the game released into a news vacuum following E3 2015, gaining a lot of media coverage, also getting an App Store feature and Twitter Trending.

You can see all our videos from Pocket Gamer Connects Helsinki 2015 on our YouTube channel.

Howdunnit: The making of Her Story