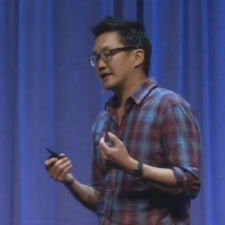 The business of gaming was a key part of today's keynote at the company's flagship Unite Boston conference.

A crowded audience witnessed general manager for analytics at Unity give an in-depth presentation on how developers can add advertisements and monetize their games from within Unity's dashboard.

By clicking a button within Unity 5 and adding two lines of code, ads will be generated in game.

However Unity takes no responsibility for the placement of those ads, Cheng warned, which in itself is a key part of an advertising strategy's success.

Otherwise “It’s a complete seamless integration that makes analytics simpler than ever,” said Cheng. “It’s so seamless now [that’s] there is no reason not to do it.”

Part of the package also includes a new free feature called Unity Heat Map. Cheng demonstrated the tool's ability to reveal where players are spending the majority of their time on a map. If you see a large cluster of color in one area, you can change the map or its features to open up the game's world and encourage greater engagement among players.

Pocket Gamer.biz will be at Unite Boston for the next few days, bringing you coverage from the show floor.

Unite 2015 Boston kicks off at 10am EST, and you can watch it live here