With over 1 million users a month, Unity-made games are racking up 20 million installs a day 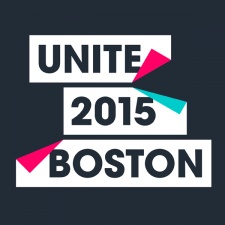 Unity has fast become the industry's most popular game engine, growing from a community of 600,000 developers last year to over a million in 2015.

These downloads came from 1.1 billion unique devices – 74 per cent of which were Android. Interestingly this blew iOS out the water, which only accounted for 17 per cent of downloads.

Speaking on stage at Unite Boston 2015, CEO John Riccitiello shared the engine's recent successes in a ‘By The Numbers’ presentation centred on data gathered from Unity Analytics.

The report was based on downloads and titles released between 1 April and 31 July.

During that period, a total of 174,183 unique games or apps were developed using the Unity game engine, which Riccitiello says boasts a market share of 45 per cent when it comes to mobile games engines.

“The mobile gaming industry continues to grow with an unprecedented number of games downloaded by device owners, and Unity is humbled to be a leading driver of that revolution,” said Unity Analytics GM John Cheng, General Manager of Unity Analytics.

“The analytics we present in this report turn millions of daily install events into meaningful, actionable data that provides a snapshot of the state of the industry.”