It all started with Drag Racing 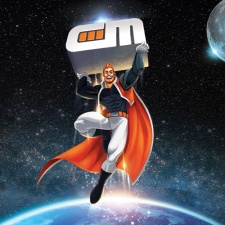 Ranking alongside Skype as one of the technology success stories of Estonia, Tallinn-based game developer Creative Mobile has celebrated its fifth birthday.

The company first got into mobile games with the purchase of the Google G1 phone, and quickly found itself with a top grossing Android game in the form of its first release Drag Racing.

Since then, the company has secured its reputation with hardcore racing titles, as well as its commercial ambitions by getting into external games publishing with its CM Fun Factory label, and launching its own monetisation platform.

In total, it's racked up over 250 million downloads across Google Play and App Store.

But that's not enough for CEO Vladimir Funtikov.

"We have plans to release games on new platforms, such as Windows 10. We're also working on collaborations with film studios and focusing on strengthening our position in the Asian markets," he says, with his aim in 2016 being "a minimum 30% growth sales".

With this in mind, the company has moved into a new office, more than doubling the amount of space and reinvigorating its office environment.

You can find out more about the company by watching our late 2013 interview with Vlad below.