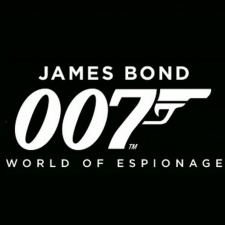 We covered the news that a licence-hungry Glu Mobile had bagged the rights to create the world's first free-to-play James Bond game way back in April 2014.

And now, with Bond back on the horizon as new film Spectre eyes up a 6 November release in US cinemas, we've finally received a glimpse of what Glu has cooked up with the venerable IP.

Entitled James Bond: World of Espionage, the game will cast the player not as Bond, but the head of an MI6 faction responsible for recruiting agents, sending them on missions, and taking out competitors.

That it should take this form is perhaps surprising, given Bond's penchant for firearms and Glu Mobile's history with shooting games.

However, it seems that the studio is keen not to waste a licence as huge as James Bond on the relatively niche audience for shooting games. And, following the success of Kim Kardashian: Hollywood, its ability to produce broad-appeal products isn't in doubt.

An exact launch date is unclear at this point, but it appears the game will be available imminently. Android users can pre-register using Google Play to receive a notification upon release as well as a welcome pack with free in-game items