When is an advert not an advert? When it's "a gift from a brand" 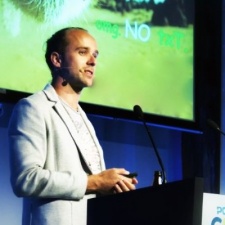 It seems like only yesterday that incentivised video ads were the next big thing, defeating fusty old in-app purchases in a blaze of glory. But apparently they're already old hat.

Rovio has been doing well from incentivised ads, it reports, particularly in Plunder Pirates and Angry Birds Transformers.

However, speaking at the TIGA Smartphone and Tablet Conference, Rovio's Head of External Products Wilhelm Taht thinks that it's time for a change.

"The exisiting ad system is essentialy a zero-sum game. We're selling users to each other, and in theory the biggest developer could essentially buy everyone else's users," he says.

Taht believes that there's a great deal of potential in contextual, unobtrusive brand advertising in mobile games. To illustrate his point, he plays a video of an average Angry Birds Go race.

And the potential is clear. In the context of Angry Birds Go, these ads obviously take the form of branded banners along the track, but Taht says that Rovio is working on similar solutions in Angry Birds 2 and across its portfolio.

This can be regionally tailored, too, with different campaigns running in different regions. "We could run Coca-Cola in Germany and Pepsi in Finland," he explains.

Not only could this be lucrative, but Taht also posits that it will create a better experience for the end user: "It's a gift from a brand and it has to be a positive experience."

And while Rovio is already well-equipped, with an in-house ad sales team, Taht's advice to the wider industry is to get better at dealing with brands.