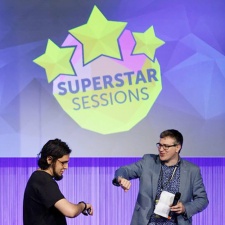 Helsinki has always held a special place in the mobile games industry, also in the affections of the Pocket Gamer team.

From the halcyon days of Nokia, Digital Chocolate, and Mr Goodliving through to modern­ day giants Supercell, Rovio and RedLynx to up -and-­comers such as PlayRaven, Seriously and Everywear, the city and country have been home to some of the biggest, best loved games and smartest development talent in the world.

Indeed, on a per capita basis it’s hard to think of anywhere that is anywhere near as productive. Or humble. Or with such a phenomenal capacity to consume alcohol.

So it was with genuine excitement that we returned to the city on 7-8th September final PG Connects conference of 2015 - see photos here - and we certainly weren’t disappointed.

The sheer volume, diversity and quality of talent on show from student developers to start-ups seemed if anything greater and more inspiring than ever, and, despite the incredible success variously enjoyed in terms of downloads, sales or investment, the prevailing attitude was as focused, humble and hungry as ever.

With over 850 delegates, speakers and sponsors, representing more than 350 companies crammed into the dockside Wanha Satama venue, the attendance was over 20% larger than in 2014.

As you’d expect the event was something of a who’s who of the Finnish mobile gaming scene with most of yhe main players represented, but in keeping with our global theme there was a strong international flavour as well, with over 35 countries from the US and Europe to China and the Middle East out in force.

And there was plenty to keep them engaged, with over 30 hours of talks of the very highest quality delivering insight, advice, practical tips, and wisdom across the 6 scheduled tracks.

But regardless of whether you were looking for tips on user acquisition trends, seeking inspiration as an indie, or hoping to launch into the Asian markets, the bar was set relentlessly high across both days.

The fringe events were if anything even better, the Big Indie Pitch was certainly one of our best yet with some of the winners already taking up featured slots on the app stores, and it was standing room only for the final pitch off on Day 2.

Likewise those who managed to squeeze into a packed room for Pocket Gamer’s PechaKucha sessions were treated to some unique, with Eric Seufert’s Advertising Sales 101 and Oscar Clark's explanation of why developers need to be more Han than Luke both especially memorable.

Getting down to business

Of course one of the core reasons for the show is to facilitate connections and networking was paramount, with over 1,100 recorded business meetings organised through the Pitch & Match service plus countless others taking place on the expo floor, around the indie showcase, and during our evening networking events.

Sadly I suspect we’ll never know precisely how many business deals were closed to the strains of late night industry karaoke classics, although I can testify that the legendary drunking talents of the Finnish games industry are undiminshed.

All in all the show was an amazing success and we’d like to once again offer our heartfelt thanks to everyone who spoke, sponsored, helped with promotion, or just came along and hung out with us. I’d personally also like to offer an even bigger shout­out to our amazing events team who worked their socks off yet again to ensure our event was amazing.

Thanks to them (and you), the success of PG Helsinki – combined with similarly large growth in London and brand new events in San Francisco and Bangalore – ensured the PG Connects series reached over 3,200 delegates in only its second year!

Suffice to say we’re not finished yet though and plans are already underway to deliver a bigger, better and even more engaging event series for 2016, kicking off on 18­-19 January at PG Connects London.

We’ll be providing more details on the show in the coming days, but we can reveal that we’ll be very much looking to the future by adding VR, eSports, and funding tracks to our established indie, global publishing, and UA content.

We already have a number of speakers confirmed and are processing submissions now, but if you’d like to get involved you can submit yourself as a potential speaker here or sign up for Early Bird tickets here.

What does Rami Ismail think about indie mobile gaming? Find out at #PGCHelsinki