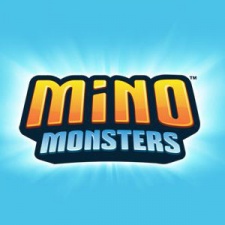 As part of the launch, it's also revealed it's closed a $2.2 million funding round.

The cash will be used to expand the studio's headcount and market the new game.

Originally set up as MinoMonsters, the company, which consists of Zynga, Kabam, Sega, and Hasbro alumni, has also taken the opportunity to rebrand as Mino Games.

"We have lofty aspirations to create a globally successful games company, one that shapes the future of entertainment," commented CEO Josh Buckley.

"This latest funding will help us realize this vision as we speed into 2016. The funds will be used to fuel marketing Mino Monsters 2, and grow the team for our next titles."

"We're seeing leading casual retention numbers, with midcore revenue metrics, and a huge number of organic installs – we believe it's the beginning of a new breed of games."