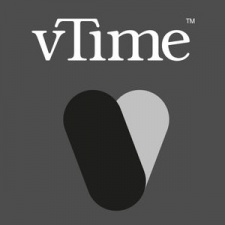 Revealed in August 2015, vTime facilitates virtual gatherings featuring people from all over the world to simulate the act of socialising in a shared environment.

It's also aimed first and foremost at mobile VR headsets such as the Samsung Gear VR and Google Cardboard, the idea being to make VR accessible to as many people as possible.

“We’ve taken complex technology and made it simple, beautiful and accessible. Just download the vTime app, put on your headset, and you’re vTiming.”

Although the core thrust of the vTime experience is social, we're assured that games come part and parcel with that.

"vTime has been designed from the ground up to house any social interaction," said Starship's Communications Manager Vicky Roberts in a statement to PocketGamer.biz.

"The avatar positioning lends itself incredibly well to playing tabletop and social games, and while gaming functionality won’t be there at launch in November, it is most definitely on our roadmap for the coming year."

Starship, whose focus is now firmly set upon mobile VR, is also working on a virtual-reality cooking simulator called CyberCook - about which we previously interviewed Head of Studio Mike Humphrey and Creative Director Paul Hollywood.

vTime is slated for a November 2015 release on Google Play, with support for non-mobile head-mounted displays such as Oculus Rift and PlayStation VR coming later down the line.