Qualcomm gets out of AR, selling Vuforia platform for $65 million 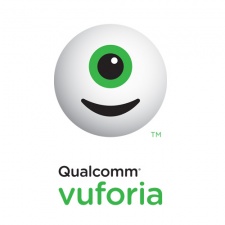 With consumer Virtual Reality hardware due to be flooding the market in Q1 2016, most people expect it to be 'The Year of VR'.

The likes of Unity CEO John Riccitiello reckons the technology might not count as being properly mainstream until 2020.

And where does that place the technologically more complex Augmented Reality wave?

Last week, Microsoft announced developers would be able to get their hands on the development kit version of its anticipated HoloLens in Q1 2016.

Not all big technology companies seem so sure, however.

But now it's announced it's selling the division to Internet of Things company PTC for $65 million.

Qualcomm says the technology has developers in 130 countries, and has been used in more than 20,000 apps which have accumulated more than 200 million installs.

"We are pleased with the prospect of adding the market-leading AR technology platform, together with its large developer community, to our technology portfolio," commented PTC CEO Jim Heppelmann.

"Vuforia will accelerate our leadership position helping companies to fundamentally change the way their products are created, operated, and serviced"

"We are excited about leveraging Vuforia's technology leadership in the consumer market while unleashing the Vuforia capabilities into the enterprise."