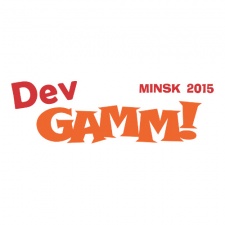 DevGAMM, the biggest game industry event in CIS countries, will be held in Minsk for the second time on December 10-11.

DevGAMM brings together the most experienced experts in game development field to help forward the expansion of industry knowledge.

Game design, art, programming, VR, eSport, game engines, sound design, community outreach are among the key topics to be covered during the event.

While full schedule will be revealed at the beginning of November, DevGAMM organizers have already announced talks by CD Projekt RED, Image & Form, Unity, Microsoft, Bigpoint, Unreal Engine and Twitch.

International speakers will contribute to global integration of Belarus gaming community, which already has a great creative potential.

Along with the useful sessions, the conference will feature a special line of events aimed at making your time at DevGAMM worthwhile.

GAMM:Play is a game showcase where developers can get feedback, have their game playtested and make a name for themselves by being creative.

The most productive hour of the conference is Speed Game Dating which allows developers to show their game to 20 publishers during short three-minute meetings.

DevGAMM Awards is a game contest that acknowledges and rewards indie developers and big studios for their accomplishments in game creation.

Every attendee can take part in all of the activities for free with pre-registration. Deadlines are available on DevGAMM website.

Early Bird registration with discounts will be available till October 31st. All of the passes have limited amounts.