Both invest in US startup Particle City 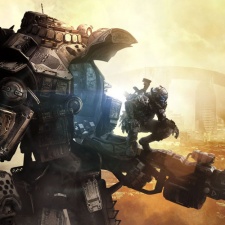 Nexon is continuing its aggressive investment in western IP with the news it will publish several mobile/tablet games based in the Titanfall universe.

Working with Respawn Entertainment, the creator of the console first-person mecha/shooter franchise (which is now getting a sequel), both companies have invested in US developer Particle City.

It will be working on the mobile games over the coming years.

Based in Los Angeles, Particle City was co-founded by industry veteran Larry Pacey and Respawn CEO Vince Zampella in 2015.

The first Titanfall mobile game is expected for iOS and Android sometime in 2016.

"And with Particle City, we are closely collaborating to create all-new standalone games with original gameplay experiences that expand the Titanfall universe to players everywhere."

Nexon Korea to publish T2, the mobile version of MMORPG TERA sometime in 2016