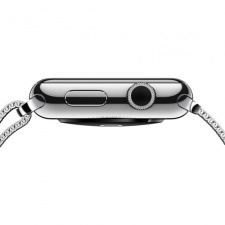 As part of Pocket Gamer Connects San Francisco 2015, William Volk, CCO of PlayScreen, gave a talk about the best design practices for the Apple Watch.

He warned that "the state of discovery is a mess" as users can't browse for Apple Watch apps, and can only see either game already featured, or search for specific titles.

However, he did go on to give advice on how to design for the platform, saying that you should "seize the second" by making super short games that people will play when they have a very short amount of free time.

Volk also suggested that "you don't want to go crazy with a million buttons on the screen", and that developers should focus on working with the form of the watch, rather than trying to fight against it and making a weaker experience.