Generating less than $100 a day, Apple TV apps and games are struggling 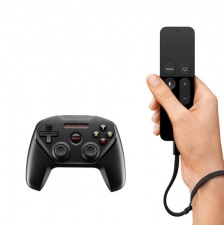 It’s been reported that the best apps and games on the new Apple TV store are making $100 or less a day on average, compared to the hundreds of thousands of dollars a day that can be made on the App Store.

This is according to TouchArcade, which was unwilling to name any specific developers, but said that “the games and apps they're responsible for anyone would recognize and they live what one would assume would be healthy lives on the Apple TV top lists”.

The article suggests that the failure can be attributed to Apple’s lack of marketing for the new Apple TV, as well as “an editorial featuring process that involves structuring the fate of your software development studio around crossing your fingers that you're lucky enough to get featured”.

Clearly a lack of install base and a focus on paid content, rather than F2P, would also have an significant impact on the amount of revenue developers could expect to generate.

Without any concrete sources to back up the claims, the details should be taken with a pinch of salt.

But it is interesting that a site such as TouchArcade, which can firmly be placed into a Apple fanboy pigeonhole, is reporting the story.

It isn’t the first challenge that Apple has faced in 2015, of course.

It's been cagey over the sales figures of its Apple Watch, while it's not clear that the large and expensive iPad Pro has taken off - for gaming or enterprise use. Indeed, sales of iPads continue to slide quarter-on-quarter.

Not that any of this will impact its topline financials, which continue to be powered by rising iPhone sales.