Scopely shows it's alive with Telltale crossover event for The Walking Dead: Road to Survival 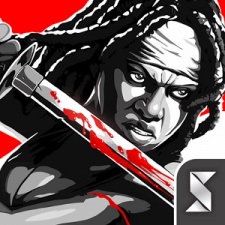 While all Star Wars games now find themselves in an inflationary battle to get the most A Force Uprising into their experience, a similar lower-level competition is being fought out between The Walking Dead games.

The official game of the TV series, Next Games' The Walking Dead: No Man's Land, has just updated with content from Season 6, so what can Scopely's graphic novel-based The Walking Dead: Road to Survival do in return?

In a clever piece of crossover-manship, it's hooked up with Telltales Games, which made some games based on early The Walking Dead comics to introduce some old, familiar characters into its universe.

Running from December 10 through January 31, different characters - including survivors Kenny, fan-favorite Clementine and her guardian Lee Everett - will appear weekly.

"Working with Robert Kirkman and Skybound in creating characters that expand and enrich The Walking Dead comic universe has always been exciting for us," said Steve Allison, SVP, Publishing at Telltale Games.

"Working with Scopely, the Telltale characters like Lee and Clementine can be rolled into the fold with iconic Walking Dead characters like Rick and The Governor in scenarios possible only under the shared comic universe of Road to Survival."

As for Scopely, it says it's dedicated to bringing fresh content to its game "for years to come".

"We can't wait to see how fans will determine the fates of these beloved characters within the Road to Survival universe."