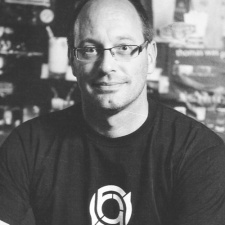 Sam Watts: Tammeka is primarily focused on VR game development, but of course this is crossing over into the mobile space now with the launch of Google Cardboard, Samsung Gear VR and the multitude of other mobile headsets priced in between these two.

Mobile VR, or untethered VR is where the future lies in terms of mass market adoption at a lower price point than the high-end PC VR setups.

And, as the devices become more powerful, the experiences we create will only grow in popularity and immersion opportunities.

The most important developments we saw were in relation to the incoming VR tide.

The announcement of the HTC Vive and the room-scale possibilities, along with the commercial release of the Google Cardboard and Samsung Gear VR, opened the door to VR to the masses for the first time at an affordable price point.

2016 will all be about the emerging VR space.

2016 will all be about the emerging VR space with the commercial launches of Oculus Rift, HTC Vive and the Sony PlayStation VR devices.

It will be an interesting battle to watch to see consumer reaction to cost and content offered across each platform. It’s been a long time since there has genuinely been an exciting new technology that isn’t just an iteration on something that already exists but creates a whole new platform and medium.

VR developers discuss the dos and don'ts of virtual reality

Why did Myriad Associates come to PG Connects London 2016?

Forces of Freedom shuts down after Bravocompany runs out of money