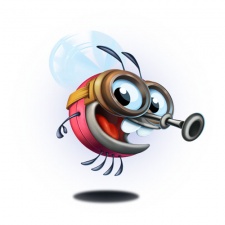 Finnish developer Seriously has revealed that its puzzle game Best Fiends earned over $3 million in revenue during December 2015, its largest revenue month to date.

This is thanks to its recent Race Against Slime 2 charity campaign, which enlisted more than 20 YouTube stars - and The Ellen DeGeneres Show - to take part in a competition using the game.

The move also saw the game downloaded 2.6 million times, pushing the all-time downloads to 25 million, with a daily active player count of 2.1 millon.

Seriously also released an infographic on its progress in 2015, which reveals a $25 million gross revenue to date, with 2.1 million daily active users.

As it launches on Amazon, Best Fiends hits 1 million DAUs