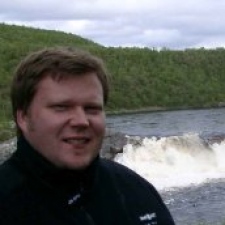 When Timo Ylikangas takes the stage at Pocket Gamer Connects London's Future Visions: VR and AR track, he wastes no time pinning his colours firmly to the AR mast.

"VR and AR tinker with our reality - but AR enhances it, while VR diverts us from it," he says.

Therefore, "VR is for content, AR is for the real world."

Coming out on top

Referring to data from Digi-Capital, the firm with "more expertise in this our area than other market research companies," Ylikangas suggests that VR will be overshadowed in terms of profitability by AR.

Magic Leap is a good example, with a $1.4 billion investment widely touted (although the firm has not made any formal funding announcements since the last series B round in October 2014 that brought the total investment to $592 million).

Of course, this no guarantee of success for AR: "Sometimes it's not enough to be clever and better than the others. You can fail with $1.4 billion, of course you can," he goes on.

With talk of PlayStation VR dominating discussion, Ylikangas is also keen to remind us that Sony has a finger in the augmented reality pie, too.

"Sony is interesting because they are betting on both [AR and VR], and have interesting opportunities to execute in both ways."

Furthermore, he notes that, in his experience, developers are no longer flocking towards VR development.

"[Companies] tell me that they're not interested in VR anymore because there are too many people doing it, and they don't see how they can break even."

The crux of his argument is that "AR extends to smartphones and tablets in terms of application and could thus rake in hundreds of millions of users, in markets beyond just entertainment."

However, AR development is not without issues: "the design challenge isn't creating new devices, but how existing products are connected by a single service."

Ylikangas, and his company Triple Sec Entertainment, is continuing regardless of these doubts.

"Location-based services are the best friends of AR," he says.

As such, Triple Sec is working on "location-aware" games with "mixed-reality content" - the missing link between augmented reality and location-based gaming.

However, before he leaves the stage, Ylikangas is keen to point out that he's not negative about VR; it's just a case of choosing your battles.