Tips and tricks to survive in the mobile wilderness 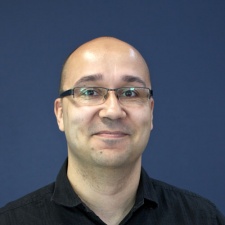 "Go Home or Go Smart" was the title of Kukouri's CEO Kim Soares, who talked about how to make it as an indie developer in the harsh world of mobile development.

He started by talking about initial funding, suggesting that getting money from banks is a no-go, and developers should instead work with angel investors, VC's, or outsource their work to other companies.

"Personally, I wouldn't dare to make premium games anymore," said Soares on the topic of what kind of game to make, pointing to the dominance of free-to-play games in the App Store top grossing ranks.

He also recommended prototyping extensively and binning any games that you don't think will work, as while the process is lengthy and expensive, "making the wrong game can kill you if you're an indie."

With regards to user acquisition, Soares said to use a CPI of $3 as a rule of thumb, meaning you need an LTV over more than $3 and a lot of cash up front to get people playing your game.

He claimed that "no one under 25 reads magazines, and no one under 20 reads anything", so approaching the press means a mix of gaming websites and YouTube channels to reach the most users.

"Every update is a chance to get featured by Apple or Google," said Soares on treating games as a service, so it's important to update regularly and with interesting content.

"When your game is out there," he said, "continute to support it until it stops giving you revenue."