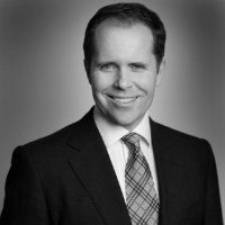 Paul Heydon of London Venture Partners - the VC firm that famously backed Supercell - is no stranger to successful investments.

"We originally invested in a company that was going to make high quality browser games, but pivoted to mobile," he says.

The unspoken subtext is that the company in question went of to create Clash of Clans and become the biggest game developer in the mobile space.

Ahead of the curve

As such, Heydon understandably has a keen eye on what he sees as the current mobile trends.

Namely: industry growth, mobile eSports, and mobile game livestreaming - Mobcrush vs. Kamcord vs. YouTube vs. Shou.TV - which has "raised peanuts compared to the other companies but has tens of millions of users in China."

Clash Royale is a particularly promising one for Heydon - both as an observer of the industry and a Supercell investor: "MOBA on mobile will work, it just needs to be done in a way that works on mobile."

Futhermore, as a London-based firm largely remembered for its investment in a Helsinki studio, Heydon is quick to emphasise the power of Europe.

He goes on to quote statistics showing that "value creation [in Europe] is 4 times that of the the US."

However, despite the promising figures, Heydon believes that the VC industry has been in something of a bubble until now - a bubble that is now bursting.

"If you're planning on raising money this year, things have changed," he advises. "Silicon valley is waking up."

"Manage your expectations... companies may be investing less."